You’re Only Truly Free When You Have Some Rules 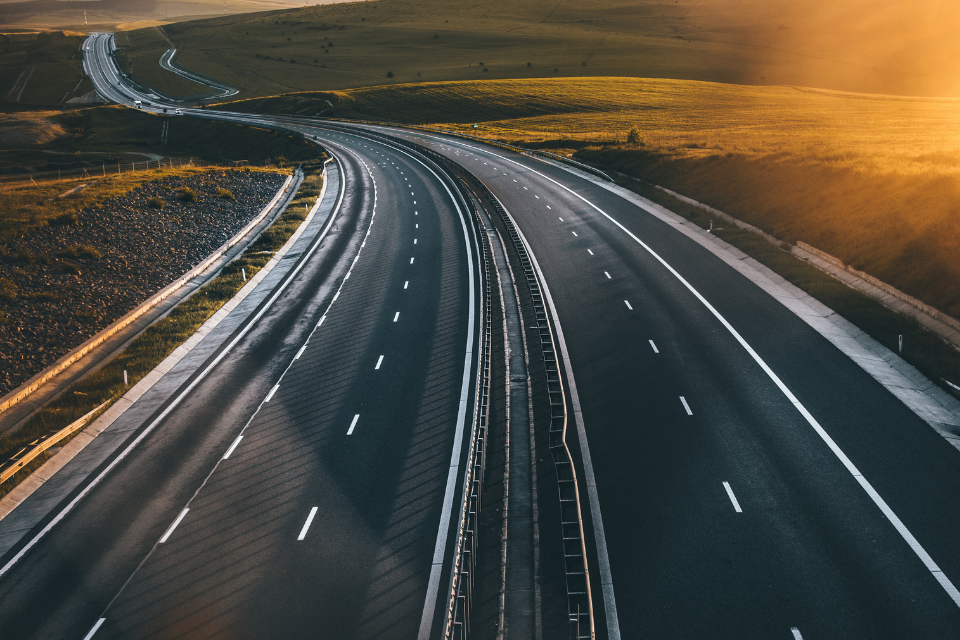 We all have rules that govern how we live life. Even the freest countries on earth have laws, rules and regulations. I had rules growing up and living in my parents household. Some I was ambivalent towards, some I despised. It didn't matter. I understand now that for the most part they were put in place to protect me, usually from myself.

It's like the yellow and white lines on the highways. I don't know about you, but I want the guy coming the other way to stay between his lines so I don't get wiped out. And I'll return the favor. Rules like this really keep us not only safe, but alive. I can chafe against the restriction of my "freedom" to drive on the other side of the road if I want to, but it's probably going to get me dead.

And the rules of the road don't mean I have to drive in a straight line. If I find I am not headed in the right direction, or there is an unforeseen obstacle like a traffic accident in my way, I can always change my plans and take another road.

That's exactly the function of a good cash management system. To put a set of guidelines in place so your business doesn't wind up in a head-on "cash crash", while giving you the flexibility to pivot when you need or want to.

And the freedom part?

Look at it this way; would you like to be free to pay your taxes on time every time, and have a way to make sure you have enough put aside as your business scales?

Would you like to be free to make a pay off your debts, build up cash reserves, and take a profit distribution on a regular, systemized basis?

Would you like to have the freedom to pay yourself a market based wage?

From a business standpoint, that's my kind of freedom.

Every year in our business June is filled with all sorts of fun expenses. Property insurance on the gym building and professional and business liability insurance are due. Quarterly Federal, State and Partnership taxes are due. We had some equipment that needed to be replaced. It adds up into multiple 5 figures, which to us is not chump change. My wife Nancy, who is my business partner on the fitness side of things said to me; "Isn't it nice we don't even have to break a sweat about that stuff?"

Yes. It is nice. REALLY nice.

One of the objections to even having a cash management system, which I have heard more than once, goes something like this; "I got into business because I don't like being told what to do", or "I want the freedom to spend my money like I want to." I totally understand where that comes from, because that's me too.

But I got over it.

Because far from being restrictive, the Profit First system makes sure all the "have to's" are covered so I have more freedom to do the "get-to's".  I'll give you an example. One of the principles of Profit First is to allocate a percentage of business income into your Owner's Pay account every month, but only pay yourself a fixed amount from that account each month. This helps cover your pay if you have a lean month, and if that account keeps accruing money, you then have evidence that it's "safe" to give yourself a raise. Pretty smart. 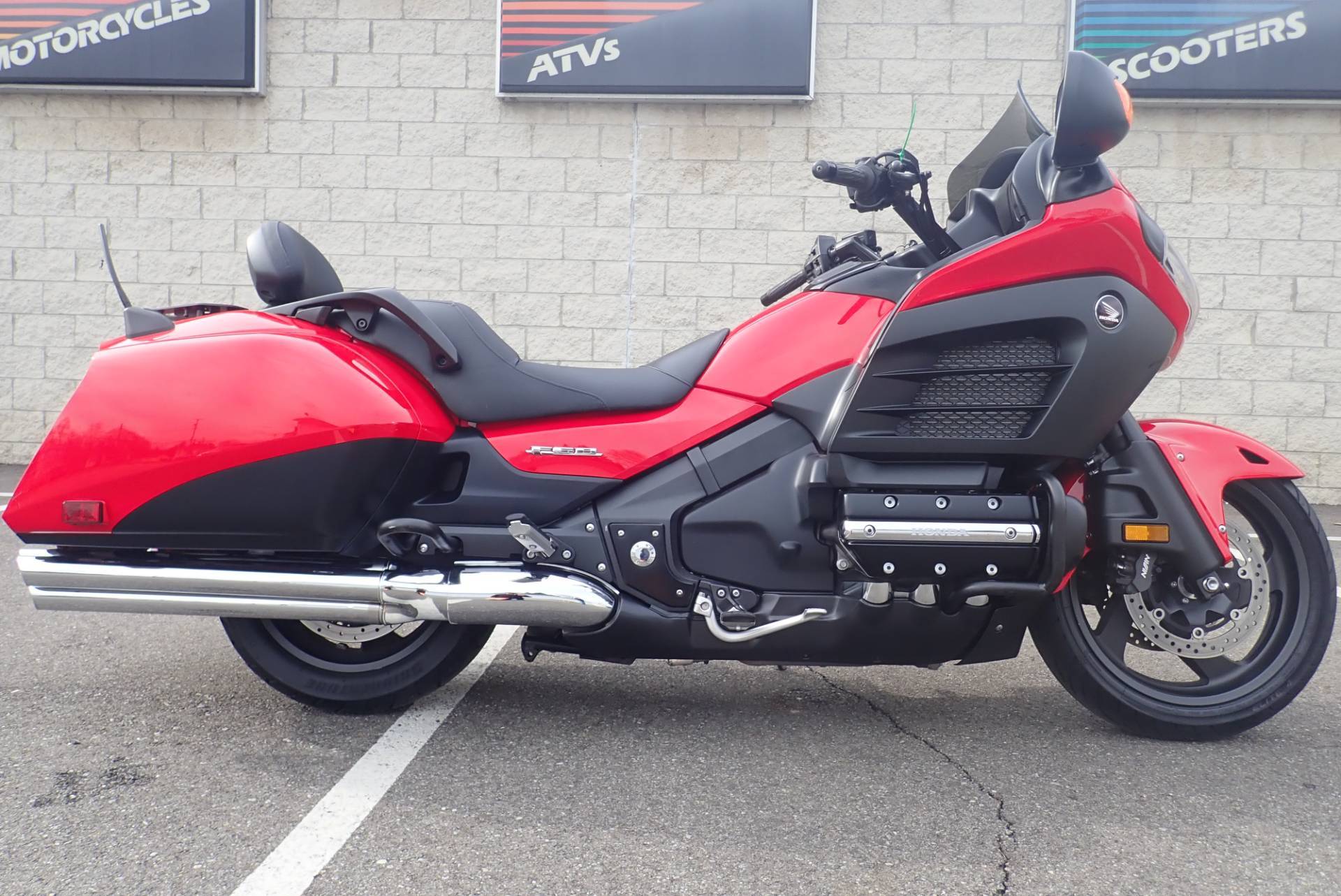 The cool part of this story was that I never really paid attention to the "excess" that was in there. It was "my" money in that it was methodically and specifically allocated to my compensation as the owner, but I hadn't touched it. When Nancy and I decided it was time to upgrade to a little more comfortable motorcycle we could do longer rides on, I knew I didn't want to borrow money for it. Instead we "found" the money in the Owners Pay account and used it for its intended purpose - to compensate the owner. I like getting paid in motorcycles. I love it when one of my clients tells me he paid his debt off, or took his entire team to the Arnold Classic, or created a profit sharing program for the entire company. That's the freedom that comes from "staying within the lines".

You have probably heard the saying "Freedom Isn't Free" as it applies to the privileges we enjoy here in the United States. As a veteran with an active duty son, I get it.

That saying applies here too. I see too many business owners make financial decisions in a vacuum, with no guiding principles that act as guardrails. If you want the freedom that comes with a high performing business, you need to make the relatively short-term sacrifice of time and effort to make sure that happens. Build some guardrails, configure them in a way that works best for your business, and stay on the road. It really is that simple.

Look, I didn't invent Profit First, but I have implemented it into my own business as completely as anyone I know, and now I get to show business owners like you how to do it as well. It doesn't make me any smarter than the next guy, but it does give me the peace of mind and yes, freedom, that comes with running a good business.

Most of us start our own business because, at least partly, we want what we just couldn't get working for someone else. Freedom to create, to innovate and to impact. Profit First can help. Profit First will help.

Dean Carlson believes that health & fitness professionals and gym owners do some of the most important work in the world, and deserve to make a great living doing what they love. Having scaled and sold one training gym in a seven-figure deal, he is still an active co-owner with his wife Nancy of another training gym, which keeps his knowledge of the fitness space current and practical. His mission is to help health and fitness entrepreneurs and gym owners create businesses that are wildly profitable and easier to run. Dean is a certified advisor and founding fixer for Fix This Next, and an advanced level Profit First Professional coach. In 2016 he was recognized as the High Performance Business of the Year, and in 2018 earned the MindBODY Visionary Award. He is a featured columnist in Personal Fitness Professional magazine, writing on the topic of business cash management.

Please log in again. The login page will open in a new tab. After logging in you can close it and return to this page.